The Maldives Wins a Seat at the UN Human Rights Council 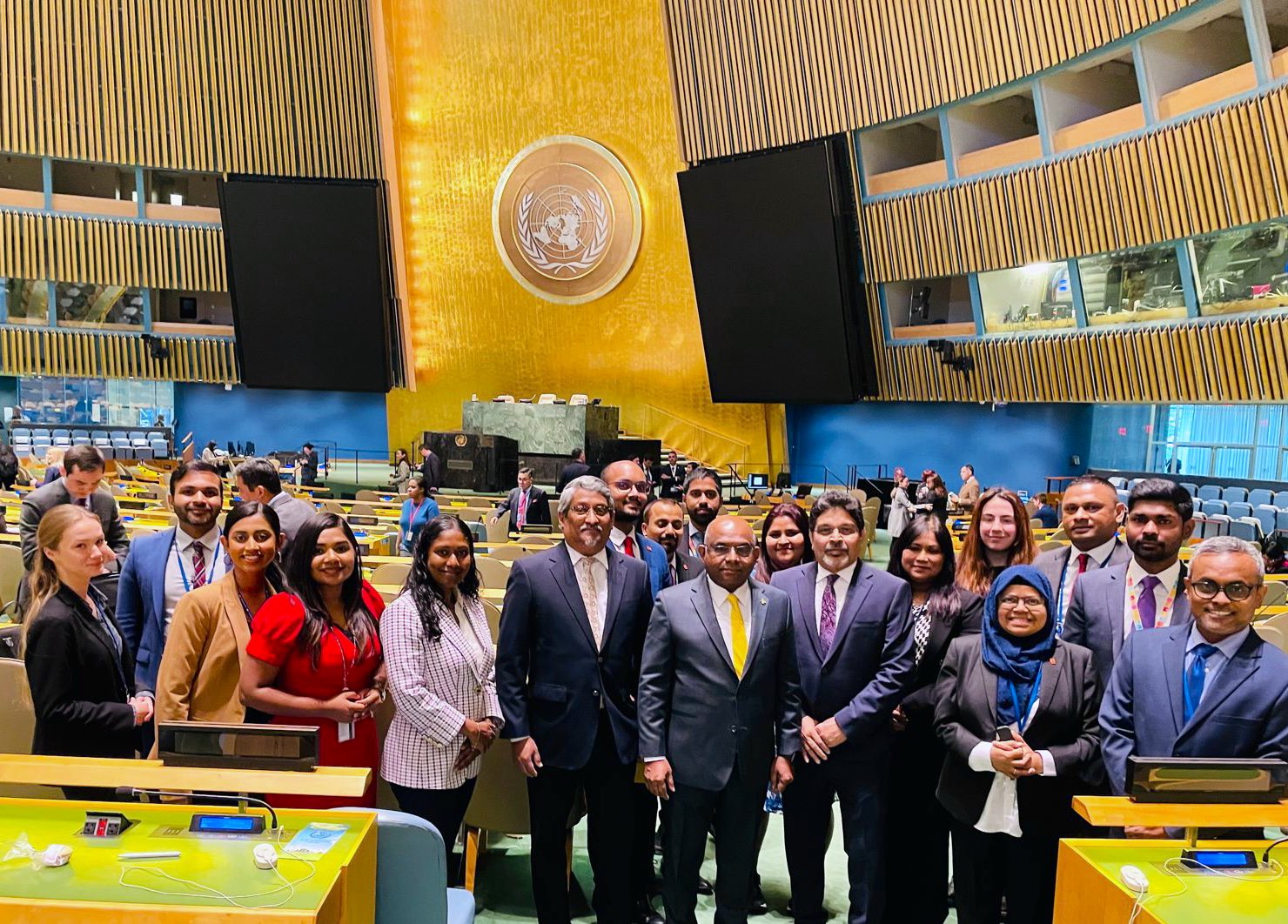 Today’s election saw 17 countries compete for 14 vacant seats. The Maldives competed in the Group of Asia-Pacific States, where 4 seats were vacant.

The Maldives won with 154 votes, out of a total of 189 votes cast. Along with the Maldives, Bangladesh, Viet Nam, and Kyrgyzstan also won a seat for the Group of Asia-Pacific States.

The membership for the UN Humans Rights Council is based on equitable geographical distribution, and seats are distributed as follows among regional groups:

The 47 members at the United Nations Human Rights Council not only reflects the United Nation’s diversity, but it gives the Council legitimacy when speaking out on human rights violations in all countries.

Members serve for a period of three years and are not eligible for immediate re-election after serving two consecutive terms. The new members will start their terms on January 1, 2023.

Permanent Representative Thilmeeza Hussain delivers a statement at the UNSC Open Debate on ‘the promotion and strengthening of the rule of law in the maintenance of international peace and security: the rule of law among nations

Statement by Ms. Lauza Ali, Counsellor   at the UNSC Open Debate on ‘Protection of Civilians in Armed Conflict’